Google is your bread, we are your butter!

To rank high on Google (and reach more potential customers as a result) you have to play by their rules. When Google sees your business with good eyes, you will be consistently moving up the rankings every month for the keywords that you want to be found for. We make this process seamless for you.

Well, we have good news for you. SEO is the strategy that makes that dream come true, in the regions you serve your customers.

SEO is basically doing what Googles wants, and in return, being rewarded with complete visibility online.

Being found in the top search results on Google is the best source of referrals you’ll ever have.

Instead of asking friends and family, everyone now asks Google questions or searches for a certain business type, service, or product. When they find you, they judge you based on what other people say in your reviews.

Once your business is ranking high on Google when someone searches online for a product, service, or something related to what your business does, you will be seen by absolutely everyone.

Most marketing agencies overcomplicate and overprice SEO, we don’t. Please find below our process, the timeline, results to expect, and the proof of what we’ve done for our clients with SEO.

But first, we’d like to share some very important facts about how buying decisions are made by people nowadays.

People search on Google for something they want

They don’t need to keep scrolling to find what they need, because they’ve already found it in the top 3-5

6 facts every business owner should be aware of:

If you’re not ranking on the first page, you’re not even being considered

Over 65% of searches are done first on mobile. If you don’t have a website displaying beautifully on mobile, they will get momentarily frustrated and leave

Our SEO team creates a keyword analysis that identifies what keywords and phrases your potential customers are searching on Google to find your products, services, and category of business.

Based on the keyword analysis we share our SEO strategy and the content plan outlining what keywords we are targeting for each of the monthly blog posts.

Once approved, our content writers carry out research and send questions about each of the blog posts so that we write engaging content that represents your brand.

All blog posts are approved by you before going live on the website. We encourage your suggestions and feedback so that we write content that is aligned with your brand. (true and correct information, engaging and full of target keywords)

All blog posts are prepared weeks in advance and posted every month.

Keyword analysis identifying what are the target keywords for your business

Once approved, we do our research and send questions for each of the blog posts

Once answers are received, we create the first blog post and send for your feedback, suggestions, and approval

Keyword analysis identifying what are the target keywords for your business

Once approved, we do our research and send questions for each of the blog posts

Once answers are received, we create the first blog post and send for your feedback,

4 to 8 weeks after one blog post is published, you will start to see improvements in your Google ranking for the keywords targeted on that blog post.

We send reports at the end of each month showing where your business ranks on Google for the keywords we are targeting, this month compared to the previous month.

In each report, we show you how many people found your business on Google for the keywords we are targeting.

For several months after each blog post is published, your ranking on Google will continue to improve for the keywords that we are targeting.

Once you’re ranking in the top 3 for certain keywords, we will focus our SEO efforts on other keywords and key phrases your business should be found for. 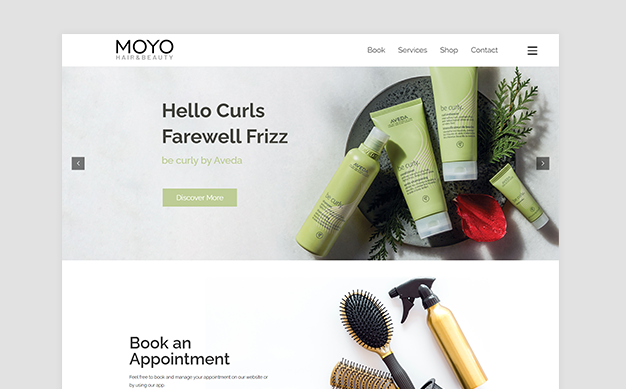 4 to 6 weeks after each blog was posted, Moyo started moving up the Google rankings

Between month 3 and month 5, Moyo was ranking on the first page for the most important keywords

Between months 6 and 8, Moyo was ranking in the top 3 for “hairdresser”, “hair salon”, “aveda salon”, “sustainable salon”

Created content targeting the keywords for the local area (Dublin)

4 to 6 weeks after each blog was posted, Moyo started moving up the Google rankings

Between month 3 and month 5, Moyo was ranking on the first page for the most important keywords

Between months 6 and 8, Moyo was ranking in the top 3 for “hairdresser”, “hair salon”, “aveda salon”, “sustainable salon”

People often ask us, does SEO really work, and will it make more money for me than I spend on it?

The answer is yes. If you are working with the right team, who can show you proof that it works for business owners who were asking the same question before they invested in their business.

Look at Kevin for example, the owner of a boutique hair salon in Dublin City centre. He invested in SEO, and just 4 months later it started paying off. After 6-7 months, Moyo was (and still is) ranking in the top three on Google for “hairdresser in Dublin” and “hair salon in Dublin”, which is bringing in 20% more new customers every year.

It has been 18 months since Kevin started, and he has never looked back. Moyo stopped doing SEO 12 months ago because they were already ranking top 3 for all target keywords and given that the competition is weak, there is no need to continue.

Because Kevin is not spending money on SEO anymore, the ROI is only increasing tremendously. In 18 months, he spent about €3,500 on SEO and has made well over €20,000 back from the new customers that SEO and lots of consistent reviews in automation have brought his salon.

Schedule a 15-20 minute consultation with us. Click below to select a time & date that suits you

This website uses cookies to improve your experience while you navigate through the website. Out of these cookies, the cookies that are categorized as necessary are stored on your browser as they are essential for the working of basic functionalities of the website. We also use third-party cookies that help us analyze and understand how you use this website. These cookies will be stored in your browser only with your consent. You also have the option to opt-out of these cookies. But opting out of some of these cookies may have an effect on your browsing experience.
Necessary Always Enabled
Necessary cookies are absolutely essential for the website to function properly. This category only includes cookies that ensures basic functionalities and security features of the website. These cookies do not store any personal information.
Non-necessary
Any cookies that may not be particularly necessary for the website to function and is used specifically to collect user personal data via analytics, ads, other embedded contents are termed as non-necessary cookies. It is mandatory to procure user consent prior to running these cookies on your website.
SAVE & ACCEPT